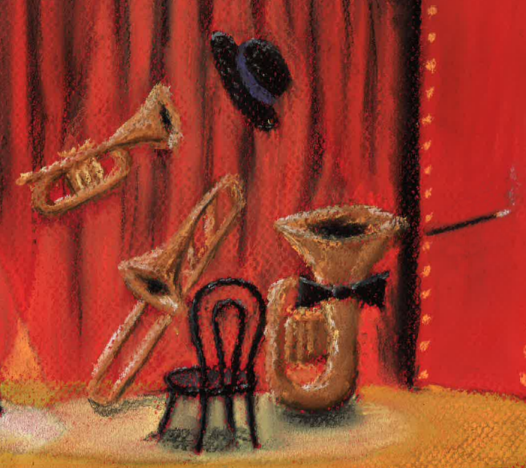 Are you interested in joining a fun local non-contesting band?
We currently have vacancies for front row cornet, back row cornet and B♭ bass. However, if you play any brass instrument and are looking for a friendly band to play with, get in touch and we will work something out!
Please contact us if you would like to know more.

We are immensely excited to announce our forthcoming concert, on 20th November, to mark the 30th anniversary of the band.

Our varied programme will pay tribute to several former conductors of the band, including Philip Mead and Howard Burrell as well as our president, Rodney Newton. We will also honour the great British composer Ralph Vaughan Williams, whose sesquicentennial year this is.

We are particularly delighted to be sharing this concert with highly regarded local brass ensemble Prime Brass, whose line-up includes our former conductor Paul Garner.

Tickets can be purchased here: https://www.adcticketing.com/whats-on/concert/csd-brass-30th-anniversary-gala-concert/

Cambridge City Council has programmed a fantastic series of summer concerts around the city – featuring us on 4th September on Dudley Road rec. (3-5pm), and our friends and comrades at Waterbeach Brass on 21st August up in King’s Hedges rec. in North Arbury.

We are delighted to announce that Chris Lawrence ARCM, bursar of Newnham College and former conductor of Junior Prime Brass, has agreed to take up conducting of CSD Brass! We are looking forward to working with Chris, especially during our packed summer programme!

After a very dedicated few years with the band, our esteemed Musical Director David Sait has decided to move on to adventures new, and we are grateful to him for his conscientiousness and commitment to the band. This is an exciting time for CSD – we have a number of gigs lined up for the summer and for Christmas and are about to embark on a major project to reinvigorate the band following the disruption caused by the pandemic.

We are delighted to be returning to St Philip’s Church, Mill Road for our first solo concert in more than two years! Join us at 4pm – free with refreshments and a retiring collection!

What a fabulous evening we had celebrating community music-making with our friends in Sing Out Cambridge! Thank you to everyone who came out on a cold December evening to support us! See some photos of us in the galleries section of the website!

We have been delighted to be back together in the welcoming surroundings of Arbury Community Centre, Campkin Road, since the beginning of September. We have welcomed several new members and are buoyed up by the feeling of hope and growth as we look towards the future. We are planning several events this Christmas, so do sign up to our mailing list to stay informed!

We are delighted to have been together rehearsing for the last few weeks, albeit still outdoors for now! From September we expect to be meeting regularly together indoors again to make music, and we would be delighted to hear from you if you are looking for a Cambridge-based, non-contesting, friendly band to join. It’s an exciting time for the band as we work out our recovery plan and we welcome enquiries from any brass or percussion instrumentalists, even if you are considering coming back to music-making after not having played for a while!

Alternatively, come listen to us at Swaffham Bulbeck fair on Saturday 14th August!

For bookings, if you want to join, or for any other enquiry, email the band manager at csdbrass@gmail.com.